The Quebec inter-University Centre for Social Statistics (QICSS) offers access to detailed data from large-scale surveys carried out by Statistics Canada and the Institut de la statistique du Québec. It also provides the workspace, equipment and professional as well as technical resources needed to exploit these surveys.

The QICSS was established with the specific aim of promoting research within the field of social statistics in Quebec. Central to the project has been the creation of a secure environment in a university setting, where researchers can have access to microdata from Statistics Canada and Institut de la statistique du Québec large-scale population surveys, while respecting the rules of confidentiality. The QICSS' mission does not stop there, however; it also offers support, training and activities designed to disseminate research findings. By bringing under one roof researchers from different institutions and disciplines, the QICSS has become a hub of scientific activity in the field of social statistics in Quebec, Canada and in the international arena.

The QICSS has three main goals:

In April 2005, the QICSS signed an important partnership agreement with the Institut de la statistique du Québec (ISQ), on the productive collaboration model developed with Statistics Canada. This agreement means that the QICSS is now in a position to offer the scientific community access to ISQ survey microdata, through the creation of an on-site Institut de la statistique du Québec Research Data Centre (CADRISQ).

The QICSS' creation has provided Quebec with an infrastructure of the highest quality, and with an excellent environment for research and training in the latest methods for quantitative analysis - the essential conditions for Quebec's scientific community to retain its leadership and keep apace with the rapid developments in social statistics.

Since June 2015, the QICSS is directed by Benoit Dostie, professor at HEC Montréal’s Department of Applied Economics.

The QICSS is run by a management committee, made up of the director of the QICSS, the Dean of the Faculty of Arts and Sciences of Université de Montréal, Éric Montpetit, and a representative from each member institutions:

Prominent within social statistics, and from different disciplines (health, economics, demography, geography, sociology, education), these researchers belong to a variety of research networks in Quebec, Canada and internationally. The breadth and diversity of their combined expertise constitutes a source of great wealth for the QICSS. 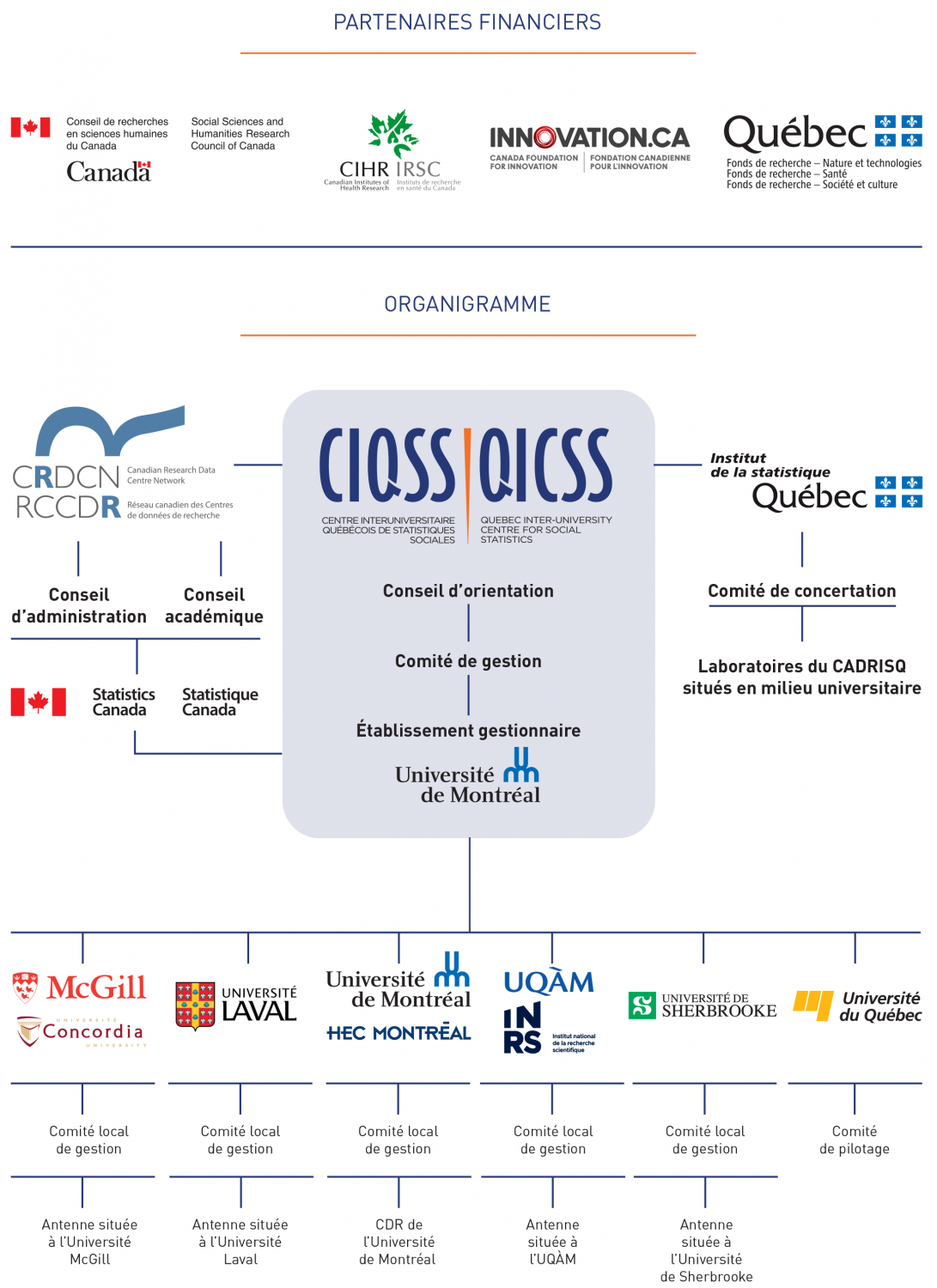 The Social Sciences and Humanities Research Council (SSHRC) and the Canadian Institute for Health Research (CIHR) also assist with the running costs of the research data network member centres, the QICSS among them. Different grants from the Canada Foundation for Innovation (CFI) covered the costs of installing a well-equipped infrastructure at the QICSS, enabling researchers to carry out leading-edge research in social statistics.

The QICSS also benefits from the financial support of partners in the organization of specific activities.